TetraSwap is a futuristic puzzle game available on phone, tablet and computer.
The game is composed of a board made of several colored squares (2 to 4 colors) as well as colored tokens and a gray token, the goal of the game being to place all the tokens on their corresponding colored squares, this might seem easy but think again! Because the only way to move them is to use the grey chip, which is complicated to master.
There are 3 game modes:
Classic: Possessing 128 levels (can increase with updates), with various game mechanics introduced over the levels.
Random: The game randomly generates a board with a defined number of squares and colors.
Daily: Take on daily challenges and try to beat your friends in the leaderboard.
For fans of customization, the game has 6 token designs, 6 backgrounds, and for music lovers a set of 5 tunes each with a defined background.
The game also has a cross-device synchronization system and an online leaderboard powered by an Eclipium account.
The game is available in 5 languages and has a complete documentation to facilitate your debut in TetraSwap. Have a good discovery ! 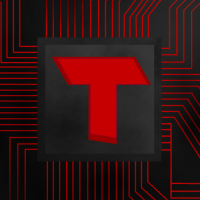 Available for free on these platforms